Prime Minister of Sweden Brussels, the 8th of February 2020

The undersigned organizations wish to express their deep concern about the case of Baolige Wurina and his family, who are facing deportation from Sweden.

As you know, China continues what Human Rights Watch has called “the worst human rights crackdown in the post-Tiananmen period. If Wurina is deported to China, he is almost certain to face incarceration and torture, and Sweden will have violated the European Convention on Human Rights.

Baolige fled to Sweden ten years ago from the Inner Mongolia Autonomous Region of China (IMAR), after facing persecution from Chinese authorities for his rights activism. Since arriving in Sweden, Swedish authorities have refused to grant him asylum and ordered his deportation. Baolige and his wife, together with their two children, are waiting now for the Migration Court of Appeal—the last instance to decide on asylum cases in Sweden—to decide whether he will be granted Swedish protection. If the court decides on deportation, the family will be split apart. While Baolige will be sent to China, his wife, who is Mongolian, will be sent to Mongolia with their children.

Swedish authorities claim that Baolige is unable to prove that Chinese authorities constitute a threat towards him personally, even though Baolige has continued his rights activism in Sweden. He has participated in protests against China in front of the Chinese embassy, where he says embassy staff photographed the protesters. Swedish authorities have rejected the claim as “speculation,” even though China is known for its surveillance and targeting of citizens who have fled the country.

The case law of the European Court of Human Rights requires the Swedish court to examine the consequences of sending Baolige back to China, bearing in mind not only his personal circumstances, which certainly seem to warrant Swedish protection, but also the general situation in China.

The decision to deport Baolige seems based on a misreading of the general situation in Inner Mongolia—perhaps because China’s human rights abuses there are less known than those committed in Tibet and Xinjiang—but the situation is very grave and Sweden’s embassy in China appears fully aware of that. On December 10, the embassy published a statement by the EU delegation in China:

“The EU… continues to be gravely concerned about the serious deterioration of the human rights situation in Xinjiang, Tibet and Inner Mongolia [our emphasis]. In addition to reports on continued large-scale extra-judicial detentions, severe and systemic restrictions on freedom of expression and association, and on freedom of religion or belief, there are growing concerns about the alleged use of forced labour, forced family separations and forced sterilization.”

This fall China initiated a “dual language” policy in IMAR, similar to measures previously taken in Tibet and Xinjiang, according to which Chinese is now the language of instruction in primary and secondary school for numerous subjects previously taught in Mongolian. The policy caused widespread protests in IMAR and a subsequent crackdown by Chinese authorities. The Southern Mongolian Human Rights Centre (SMHRIC) estimates that 8,000-10,000 ethnic Mongolians have been placed under some form of police custody in IMAR since late August.

“Methods of coerced assimilation via police-state tactics, which have been used extensively in Xinjiang and Tibet, are now also being enforced in Inner Mongolia,” according to Dr. Willy Wo-Lap Lam, an Adjunct Professor at the Chinese University of Hong Kong, in a report for the Jamestown Foundation in September. “…Other harsh measures already used include: the imprisonment of political dissidents; closure of anti-Beijing social media chat rooms; and even the collection of DNA from ethnic minority residents.”

Minister of Justice and Migration, Morgan Johansson, was recently asked whether the Swedish government would cease deportations to Inner Mongolia. “I note,” responded Johansson, “that the system we have for asylum review in Sweden contains effective guarantees to ensure a legally secure process.”

That does not appear to be the case, however, when Swedish migration authorities clearly lack crucial information in their decision making process. Such lack of information has already had tragic consequences: We must remind you that in 2012, Sweden deported two Uyghurs who had participated in demonstrations in Sweden in front of the Chinese embassy, just like Baolige. “I know that they had participated in demonstrations held by the Swedish Uyghur community in front of the Chinese embassy in Stockholm,” World Uyghur Congress spokesman Dilshat Raxit said at the time. “This is enough fodder for the Chinese authorities to punish them severely”. The two Uyghurs were never seen or heard from again. The tragedy forced Sweden to temporarily stop the deportations of Uyghurs to China.

We fear that Baolige may have to pay with his life in order for Sweden to stop the deportations of ethnic Mongolians to China. We respectfully ask for your attention and, if possible, your assistance to prevent this deportation.

Center For Studies on Freedom of Religion Belief and Conscience (LIREC)

Council for Diplomacy and Dialogue

Center for defence of human rights. 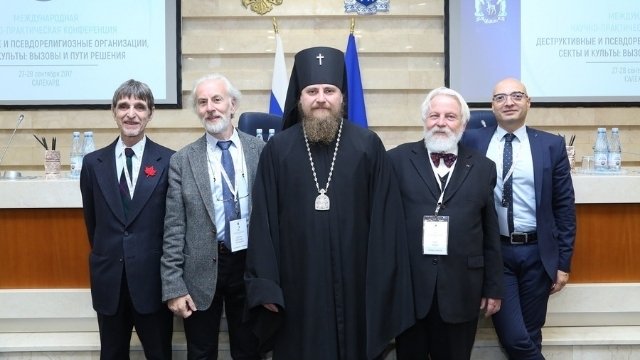